Someone else loves her baby brother! 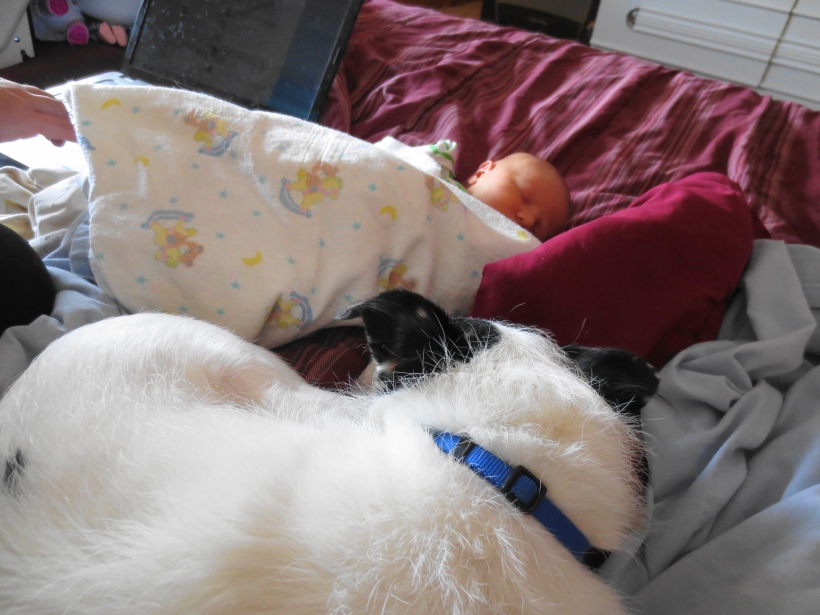 When we brought Allie home from the hosptital, we read all the advice about introducing the baby to the pet… sending something home for the dog to sniff… having someone else holding the baby so Mom and Dad can greet the dog. We didn’t do any of that this time. I thought about sending something home with Doug and promptly forgot (thats happened a lot lately!). So we just went home so see what would happen. And it was fine! We left Peyton in the carseat for a bit on the couch and I sat next to him to be a buffer for the dog. I let her examine Peyton a bit. Eventually Monk got used to Peyton. We went upstairs and for awhile Monk was sitting right next to the crib. Of course by the time we got the camera out she moved. Monk’s done this before.

Allie loves her baby brother. Its been quite a transition, but I think we’re all settling down. Allie’s behavior was rough for a few days because we just couldn’t give her our full attention. We decided to take her to daycare part time, which I think has been a great decision. We’re trying to get back into a routine. She stayed home today and we did more playing with her and she got more interaction with her brother. She’s so sweet to him. Last night we had gone to the doctor then to Bridget’s and picked up dinner. When we were eating, Peyton was getting fussy in his car seat. Allie got down on the floor and rocked him in the seat and sang Rock a Bye Baby. It was so sweet! 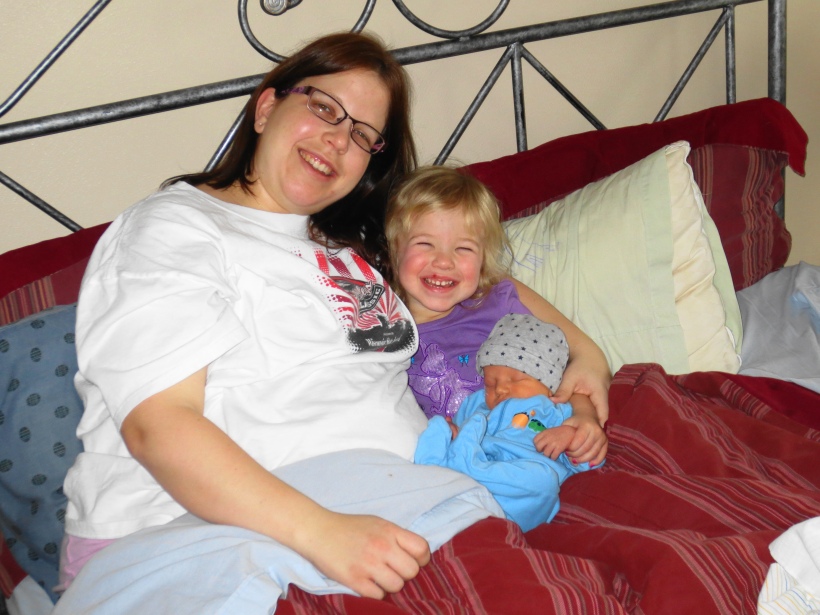 We’ve had longer awake stretch each day. Yesterday it was when we were out at the doctor’s and in the car. This morning it was right after he was done feedling. Its nice to see his eyes! He looks just like Allie did at this age.

But most of the time he’s doing this:

I am a running working mama. We work hard and play hard and I have a lot to share along the way.